WHAT YOUR BARTENDER WISH YOU KNEW 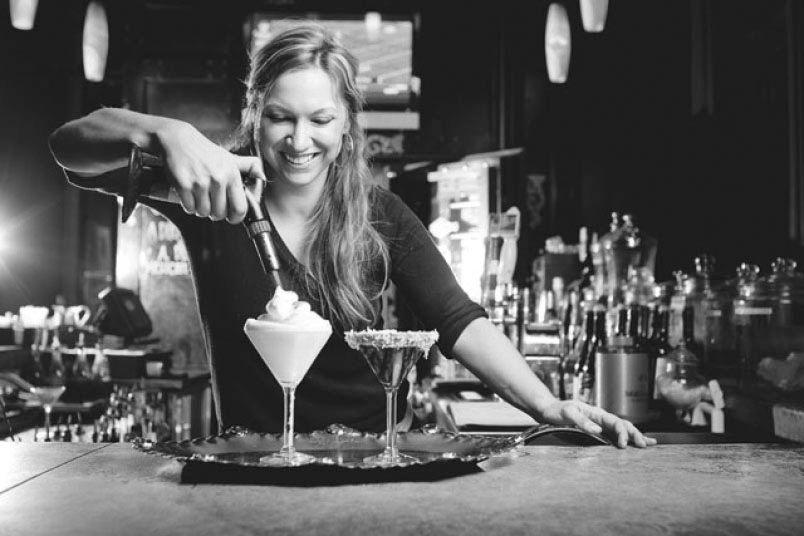 Four Aggie fans are sitting in a bar, sipping beers, and spending an afternoon being ornery over a football game against their most bitter rivals, the Longhorns. The game’s a real nail-biter. Something about changing conferences and ending a century’s worth of tradition. Well, the Aggie fans watch their team lose and it’s not pretty. Amidst this emotional violence, a Longhorn fan stops by to grip and grin with the losers. He thanks them for the thrilling rivalry over the years, compliments their sportsmanship and politely lets himself out.

Enter Jeff Spahn, a 46-year-old theatre tech working under the employ of International Alliance of Theatrical Stage Employees, Local Union 76. Today, he’s tending bar at Mitchell’s Sports Bar on Lockhill Selma for extra coin. He steps out to break up the Aggies hurling fuck-bombs and unruly tones at the exiting Longhorn (who, let’s face it, should have kept his yapper shut).

For those that don’t know, this display of brotherly love took place on the celebration known as Thanksgiving. Could there have been a more ironic day (save Christmas) for such macho pub theatre? The Aggies and (in a more subtle way) the Longhorn fan violated one of Spahn’s cardinal rules of bar behavior: don’t under any circumstances make the bar unsafe for anyone. A second credo of Spahn’s: all bartender-client relationships are based on mutual respect.

He establishes this by running customers’ tabs old school: just a pen and paper with a name and drinks listed. He doesn’t authorize a card or accept payment until they cash out. They could walk on his tab at any time, but no one has tried since he started working for Mitchell’s this past summer. Meanwhile, his boss is reporting increased sales since Spahn’s arrival.

Judy Simpson, former bartender and current general manager at Finnegan’s on US 281 near Thousand Oaks, considers part of nurturing that mutual respect as understanding that a responsible bartender cuts people off and does whatever they can to put a patron past their limit into a cab. “Once they start drinking, it’s almost like they’re your patient,” she said. “You have to keep an eye on them.”

Spahn agrees, adding that a good bartender is also a hardass about ID. “If they walk in and head straight to the bathroom, then I know they’ve got fake ID or no ID on them,” he said. “They also go straight to the pool table or the dartboard, anywhere but the bar.”

For cooperation on IDs, drink limits, and cab riding, a mild-mannered, glassy-eyed customer can expect an open ear and candid advice from their bartender. In the case of Stephany Gordon, a 29-year-old mixologist at SoHo Wine and Martini Bar, good behavior even comes with wish fulfillment, however limited. “Playful banter is fine; flirting is fine,” she said.

Chatting over a Scarlet O’Hara (ask her for one; they’re fantastic), she told me it’s not unusual for her boyfriend to jokingly critique her modest neckline and encourage a certain bubbliness in her work. “He’ll tell me that I’m not showing enough cleavage, half-joking, half not,” she said, laughing. “I want someone to enjoy their time here. If they need someone to talk to and flirt or they want to have a political conversation or a sports conversation, that’s what I’m here for.”

Meanwhile, more amorous patrons should consider how original their “declarations” might be to their drinkmakers. If you fancy the bartender, don’t make it known by staring skeezily at her/him over your michelada. “Sometimes looks make a bigger impact than anything they can say,” Gordon said, shuddering.

Just don’t get your wires crossed. Be judicious.

If these guidelines sound blatantly obvious, it’s likely because they’re all variations of the same theme: The Golden Rule. Yet midnight at Joe Blue’s is just the time and place that this maxim becomes spasmodically ignored. Resident Joe Blue’s bartender Scott Saulle promises he’s aware of everyone that bellies up, so no need to snap your fingers, bang your glass, or whistle for him. He’ll be right there after he preps these five Jägerbombs.

Don’t be passive aggressive by writing phone numbers and drunken poetry on your credit card receipts. Instead, be prepared to act genuine, interested, and sober. And visit regularly. “You have to court them,” Gordon said, who receives a phone number on a receipt almost every night. “It’s almost like dating without dating. You’ve got to show them that you’re interested in them as a person, not just a pretty face that’s making your drink.”

Or you could heed the advice of Tracey Thurman, general manager of Alibi's on Commerce just east of US Highway 281: “Don’t shit where you eat.”

In any case, do unto your barkeeps as you would have them, ahem, do you. All interviewed for this story expressed genuine joy for their work. They love being the arbiter of good times and, in return, simply ask for your courtesy, patience, and whatever compensation you deem appropriate for their services. After all, “bartender” becomes an umbrella term for other jobs as the night wears on, namely therapist, counselor, caretaker, and single-serving BFF.

“As a joke, my mother once asked me — because I studied psychology — what I’m ever going to do with my degree,” Simpson said. “Before she passed away I told her, ‘Mom, I use it every day.”