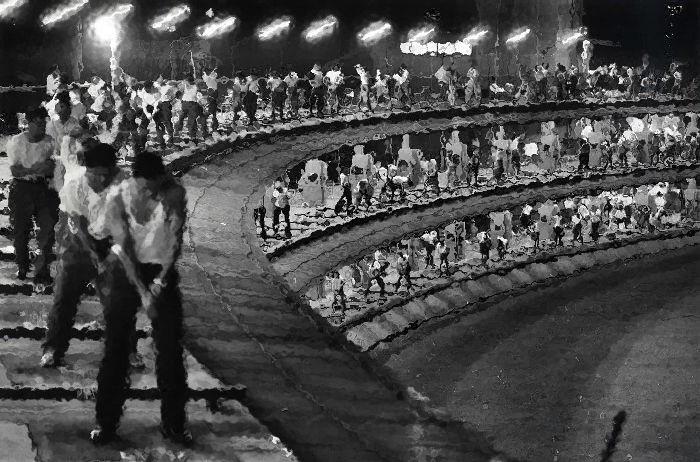 There's a moment in every neighborhood bar where the chatter rises above the juke and the bartender disappears to the office of “no tells” to flip the ambiance once more. That moment where the third whiskey squeezes between the temples, fills the cheeks and fattens the palms.

Owen arrives after work, before the couples show, to sit with men seeking daughter, mother, girlfriend, waitress. He hates Mondays, when the service industry inevitably flood with their first apartment problems on the driving range out back.

Sitting in the aforementioned moment, he folds his arms tighter, waits patiently as Caro shakes her hips with a tin full of Cheap Fucks for boys behaving badly.

At 11:00 pm, with the music up and the walls down, Owen turns down a fifth Blue Label. He closes his tab and shuffles past a woman out back who tells her boyfriend that swinging clubs is already not fun anymore. He makes it not fun anymore.

Owen stands outside his outsized silver pickup, knowing what he wants to say. How he’s hired a promising manager so he can finally just count the money and meet with an accountant sometimes. It’s cost him two marriages, two estranged children and 25 years but he finally has time now. A lifetime of working in a foxhole has kept him on his feet, allowing the single malt and sunlight to show all the weathering on the outside. He’s still strong. His back hurts only sometimes.

Owen, covered in fluorescent shadows, does not know what Caro knows. The headlights flare up and the truck backs away, leaving the adults in their adolescence.